But it merely proved a pause for breath; global stock markets dusted themselves off to continue on their upward trajectory. Property stocks, Chinese equities and the US S&P 500 index all posted considerable double-digit returns in Sterling terms over the past 12 months. Most other key asset classes and stock markets also followed suit with strong advances, albeit to a lesser degree.

The economic benefits of cheap oil, an expectation for interest rate hikes to be delayed, and continued economic progress in the United States all provided positive tailwinds. The Chinese economy has held up better than expected, despite a slowdown in the rate of economic growth following decades of gravity-defying advances. With ample policy tools at their disposal, the Chinese authorities have thus far demonstrated a pro-active attitude towards cushioning the impact of slowing growth via interest rate cuts and infrastructure spending programmes, actions which have been well received by the markets.

Cheaper energy and commodity input prices have also proved beneficial to China given the vast scale of its manufacturing industry. The Eurozone economy is finally starting to show signs of turning the corner. Market commentators expect lower oil prices to boost Eurozone GDP growth by between 0.5% and 2% percentage points this year, equating to a significant “tax cut” for European companies and consumers. A depreciating euro has also helped, in large part due to anticipation of the sizeable Quantitative Easing (QE) programme announced by the ECB; the euro has fallen 10% against Sterling and 20% against the dollar since the first quarter of 2014. 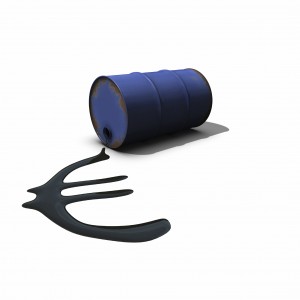 Consequently, European exporters have benefited from improved terms of trade as their products have become increasingly competitive on the world stage. European stocks consequently outperformed during the first three months of 2015 on the back of such positive developments.

Although significant economic progress is underway in many key geographic regions, some asset classes appear to be trading on extended valuations. The US stock market in particular is trading expensively relative to historical trend earnings, leading many commentators to question whether North American shares will be able to generate adequate returns over the next decade. We are sympathetic to such views; the Fiducia portfolios have a limited exposure to US equities as we consider the risk-reward prospects for US stocks less attractive than those of equities in other regions, not least in Asia. European stocks also trade at more competitive valuations, although the potential for technical issues in implementing the ECB’s Quantitative Easing (QE) programme and the ongoing Greek saga remind us that several key issues still remain to be addressed in the region. National elections are also set to take place in Portugal and Spain, raising the potential for challenger parties to threaten the status quo, which could create further pressure on the long-term viability of the single currency.

The UK Election is also fast approaching and the likely outcome is far from clear. With a need for continued austerity, markets will be watching carefully for any signs of policies that could hamper economic growth, potentially putting pressure on Sterling. Given this risk, we have been mindful to reduce our exposure to Sterling assets since the second half of 2014. Our exposure to Bonds is still low and is likely to remain so for some time, despite the continued rallying of Fixed Income assets; we anticipate capital losses as interest rates gradually rise once a degree of normality returns to the Bond market. Although the precise timing of interest rate rises is debated, markets will be looking for evidence of rising wage growth on both sides of the Atlantic as a sign of underlying fundamental strength before the US and UK economies might be ready to absorb higher interest rates. We believe Absolute Return funds remain a more attractive alternative to Bonds, offering a greater likelihood of positive returns in what could prove to be a more testing medium-term environment for financial markets.

Fiducia Wealth Management Posted in Fiducia News, Awards on 29.03.15 Read   We are delighted to have been short listed in the prestigious Money Marketing Awards for the fourth year running. The Awards...
Next Post

Fiducia Wealth Management Posted in Fiducia News, Awards on 29.03.15 Read In the past week or so we have been able to complete a reorganisation that was planned at the beginning of the year.
Gain further insight to all things financial